“What’s remarkable is the way ‘nerd’ is such a badge of honor now. Growing up, I’m sure I wasn’t the only kid who read Spider-Man comics and learned how to do the Vulcan salute, but it wasn’t like it is today. I get the sense that today’s young people are proud to be smart and curious, to design new things, and tackle big problems in unexpected ways. I think America’s a nerdier country than it was when I was a kid—and that’s a good thing!”

Smart and curious people designing new things and tackling big problems is exactly what’s needed at the moment. Proud of my fellow geeks and nerds!

I’m not a philatelist, but I like having special stamps now and then. 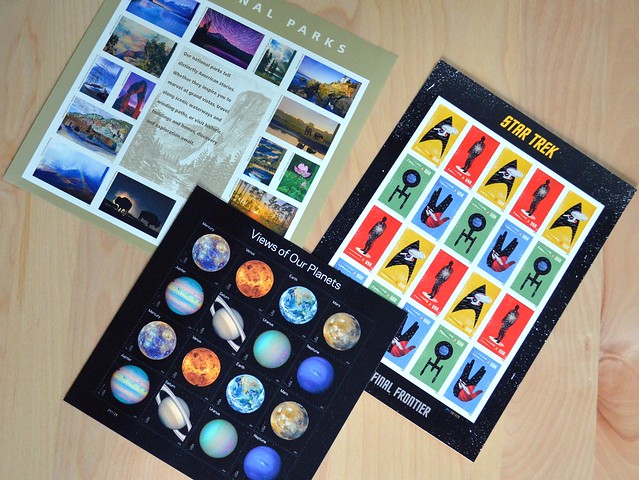 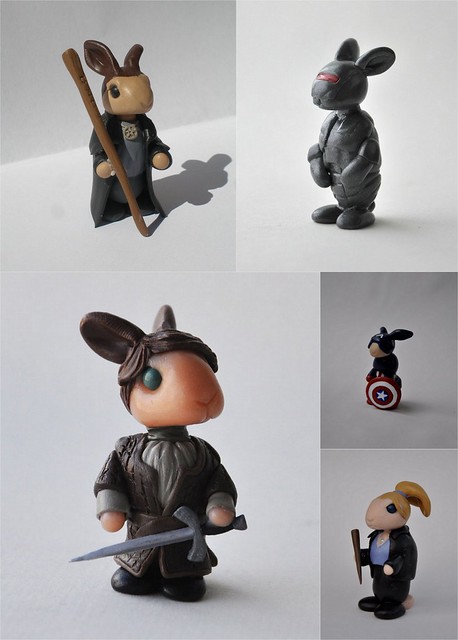 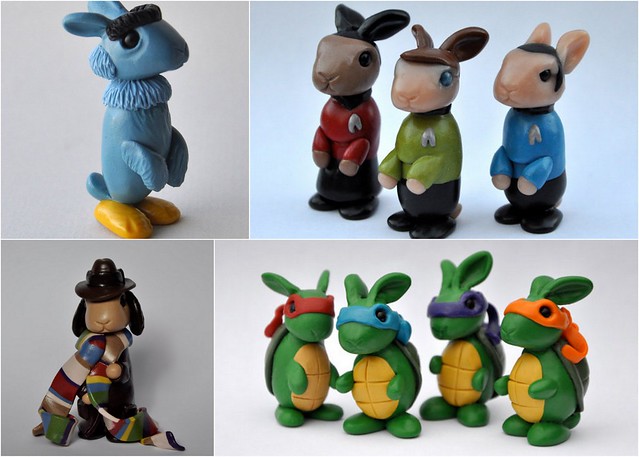 I’m impressed how much detail she can include on figurines 2” tall, and how well she can match rabbit-ness (if that’s a word) with something from each character’s personality. They are apparently inspired by her pet rabbit, who is full of tenacity and spunk and stubbornness. (Sounds exactly like my sister’s rabbit, who has sadly passed.) Holmes herself describes her creations with one very apt sentence: “These rabbits act as a small reminder of the resilience and exuberance of rabbits and how each of us can add a little bit of that to our lives.”

You know those design recommendations that urge you, especially when hesitant, to start with a picture and base your color selections on it? Here are some ideas on how to achieve it with a geeky starting point. I’ll select a photo, a painting, a still, a screencap or the like that is geeky in some way, and use mainstream photos to illustrate how a color combination pulled from that model image might work in real life.

Klingons are a race from the Star Trek universe that have been through several iterations. Star Trek the original series kept their version of Klingons simple: basic humanoids with ample facial hair but without prosthetics, which would define Klingons in later series. Colorwise, the ST:TOS Klingons mostly wear black and gold.

Screenshot from ST:TOS episode “Day of the Dove”. Wikipedia.

Like other dark hues, black can be a challenging color for interiors. Combined with gold (or other metals) it’s luxurious, however. For example, the library below is inviting and doesn’t feel claustrophobic because of the white ceiling and smaller amounts of white in the bookshelves:

From the home of Mark Badgley James Mischka; via Elle Decor.

From the home of fashion designers Mark Badgley and James Mischka; via Elle Decor. Note how they included gold inside the chandelier shades and miniature trophy antlers on the walls.

Tweaking the wall color towards dark grey like in the photo below will create a similar impact with a little more light in the room. Instead, the ceiling and floor are painted black.

Excerpt from the book Great Fashion Designers at Home; via The Aestate.

Excerpt from the book Great Fashion Designers at Home; found via The Aestate.

This next room is perhaps a bit of a stretch. The walls and ceiling are white, but the golden hardwood floor, the table lamp base, golden-hued mirrored cabinet and the leopard print armchair definitely nod towards a black and gold combination. And I just couldn’t resist including it because of the fur bedspread – it brings to mind Worf and Jadzia’s bedroom in Deep Space 9.

From the home of Angela Dunn and Colin Radcliffe; via The Aestate.

From the home of model Angela Dunn and designer Colin Radcliffe; again, via The Aestate. 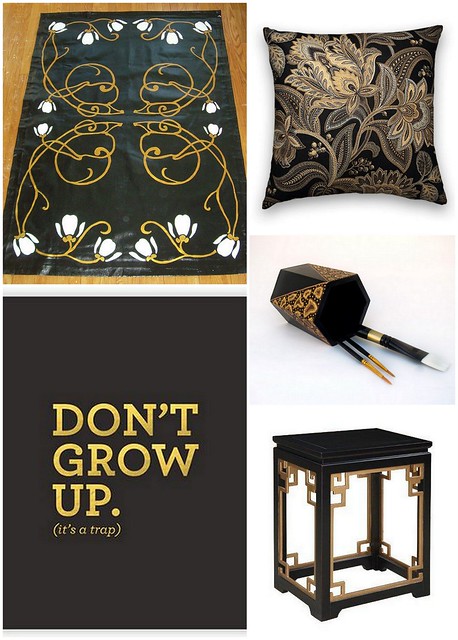 The combination of black and gold also makes a sumptuous look to wear: 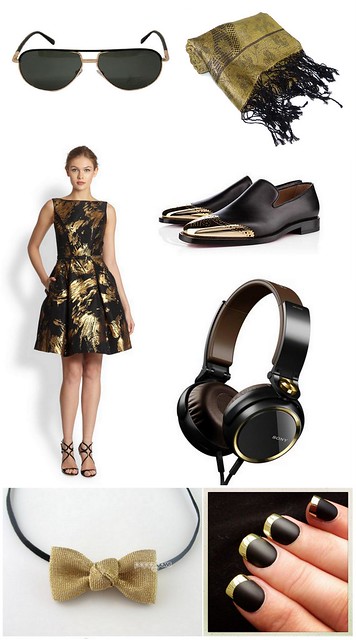 P.S. Access other posts in the series with the geeky color combos tag.