A Pocket Full of Rye and 4:50 from Paddington by Agatha Christie plus How Rory Thorne Destroyed the Multiverse by K. Eason. Agatha Christie’s Miss Marple stories are not very festive or seasonal, but for some reason they’ve felt especially satisfying; I guess because she always gets the perp(s)?

What kind of stories have you enjoyed this December?

From left to right: Master of Poisons by Andrea Hairston, A Wizard’s Guide to Defensive Baking by T. Kingfisher, Agatha Christie’s Miss Marple collection The Thirteen Problems and, finally, An Import of Intrigue by Marshall Ryan Maresca.

In addition, I’ve already read with great enjoyment The Unconquered City by K.A. Doore, the last in her Ghadid trilogy.

Last month I also mentioned two tv series which Husband and I recently got to watching. We fell out of love with Outlander just before the end of season 1 since the draaaama just wouldn’t eeeend, but The Brokenwood Mysteries we’re still very much into.

Got anything to recommend, either on the page or on the screen?

From the left: Each of Us a Desert by Mark Oshiro, Noumenon by Marina J. Lostetter and Ink and Bone by Rachel Caine.

Husband and I also just recently got to watching two shows with very different tones and from pretty much the opposite ends of the earth: Outlander (accidental time travel from post-WWII England to Scotland in the 1700s) and The Brokenwood Mysteries (murder mysteries in a small town in modern-day New Zealand). We’re enjoying both so far, especially the latter.

Any stories you’ve gotten a kick out of lately? 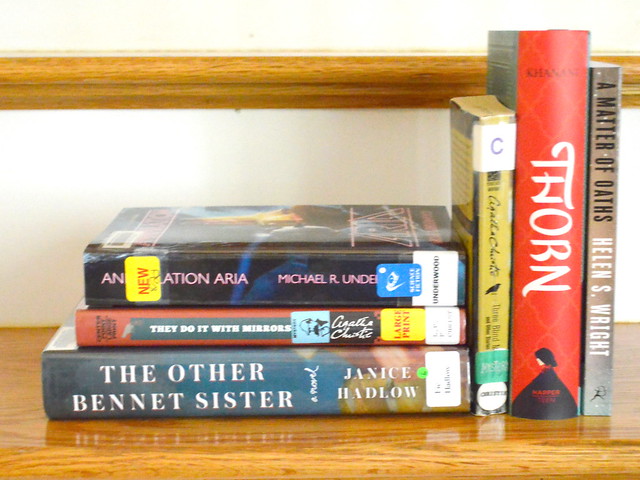 Clockwise from top left: The Unspoken Name by A.K. Larkwood, Cloud Roads by Martha Wells, Elysium by Jennifer Marie Brissett and The City We Became by N.K. Jemisin.

I held back and didn’t initially buy Jemisin’s The City We Became since I’m not a fan of NYC, but the reviews I read were so good I caved.

What of special interest have you read lately? Do share!

This month I’m going through mostly library books, but the two books I ordered in June arrived just in time.

Here are some of my recent reads. 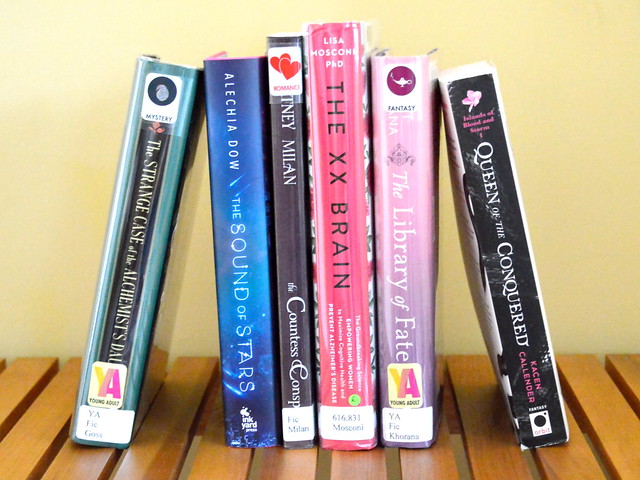 From left to right: The Strange Case of the Alchemist’s Daughter by Theodora Goss, The Sound of Stars by Alechia Dow, The Countess Conspiracy by Courtney Milan, The XX Brain by Lisa Mosconi, The Library of Fates by Aditi Khorana and, finally, Queen of the Conquered by Kacen Callender.

I’ve wanted to order more books for a good long while, so two weeks ago I finally did. And while waiting for the shipments delayed by the coronavirus situation, I’ve been re-reading some books from my own shelves. 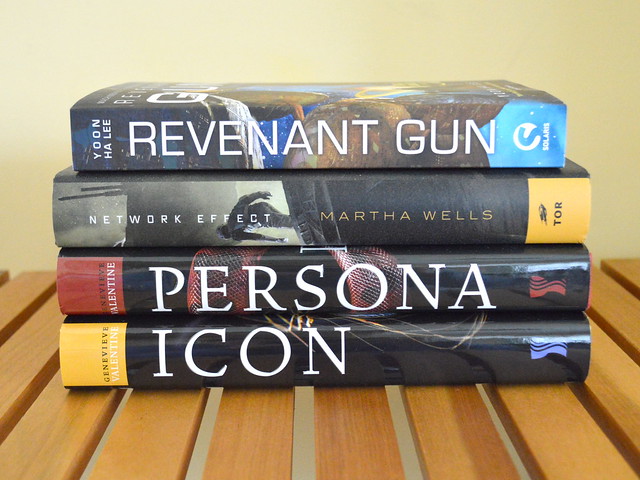 My new books are on the top of the pile: Yoon Ha Lee’s Revenant Gun, and Network Effect by Martha Wells. The re-reads are both by Genevieve Valentine: Persona and Icon.

Anything you’d recommend? Please let me know – I’d be especially interested in hearing what you like to read multiple times and why.

My reading pile this month has some beloved, comforting re-reads, including Martha Wells’s novellas ahead of the launch of the first Murderbot novel, plus some nonfiction. Here’s a glimpse:

From top to bottom: first, the Murderbot novellas by Martha Wells: All Systems Red, Artificial Condition, Rogue Protocol and Exit Strategy. Then two nonfiction works, first Saving the Sacred Sea: The Power of Civil Society in an Age of Authoritarianism and Globalization by Kate Pride Brown and, second, Animal Architects: Building and the Evolution of Intelligence by James R. Gould & Carol Grant Gould.

Fun and interesting times ahead! 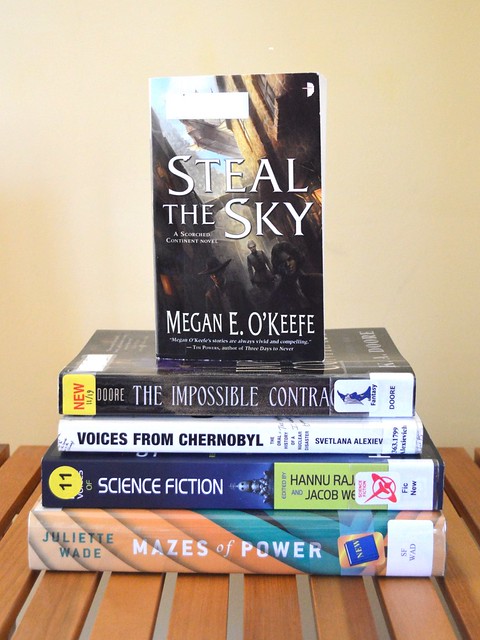 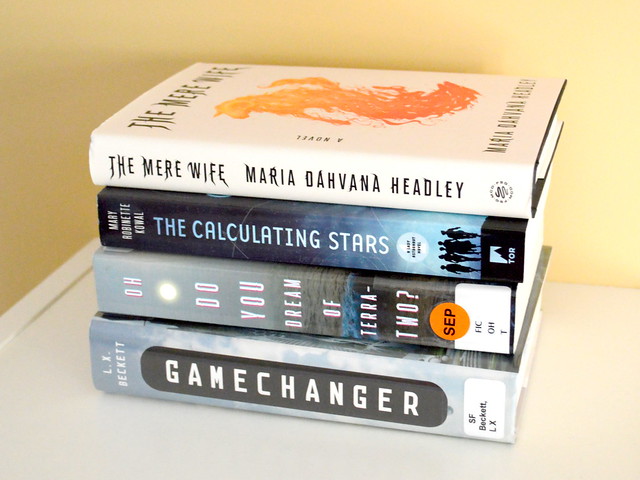