Today, my native country Finland turns 100 years. I speak of Finland on this blog now and then because it’s a huge part of my identity. 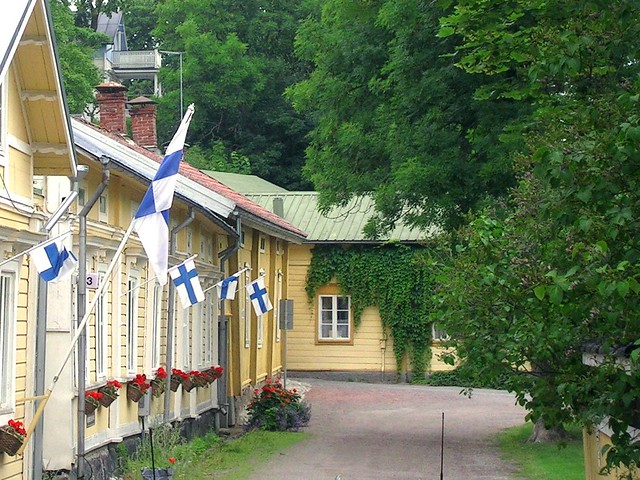 Here, to celebrate our first centennial, are a few aspects of my Finland. All photos by me unless otherwise mentioned.

Finland is among the most forested countries in the world, and people inhabiting the area have lived off of its forests for millenia. I really love woods. I would feel exposed without woods around me. 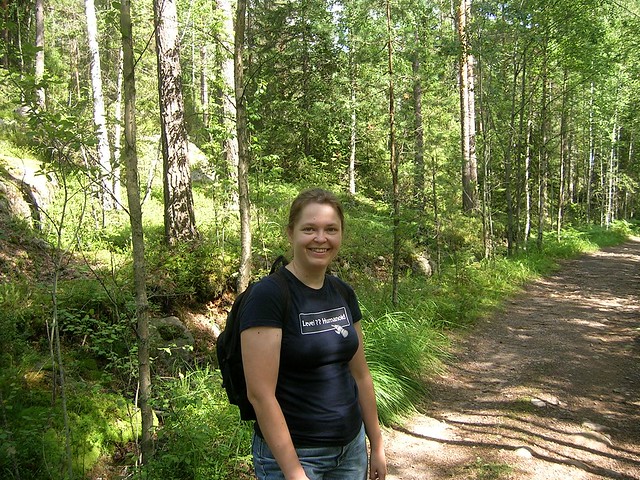 In Finland, nature is incorporated into even the largest cities, and not only as manicured lawns or shrubberies. In addition to national parks, we have relatively untouched areas of nature almost within a stone’s throw from anywhere. And lakes – thousands of lakes.

My Finland invests in infrastructure and future-conscious planning

Multiple modes of transportation are an inseparable part of modern community planning. I’ve been biking to get myself from A to B as long as I can remember, and LOVE the bicycle paths. There’s even wintertime maintenance on them! I also love Finland’s clean, safe, up-to-date public transit. To wit: the metro system in the greater Helsinki region was just extended. 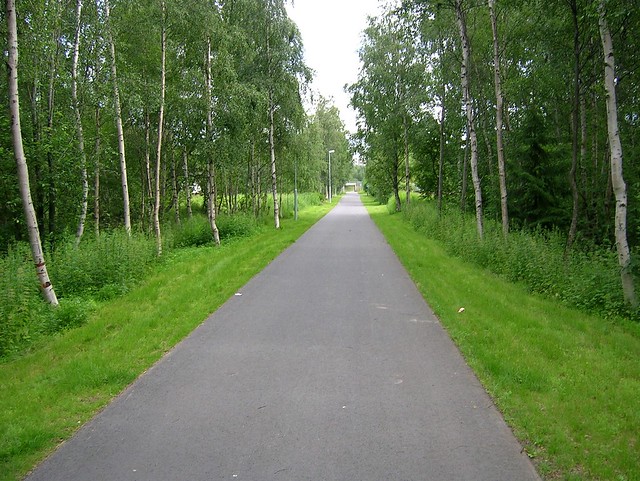 My Finland is multilingual and international

For centuries, Finland was stuck in between and fought over by two larger powers. We were first a part of the Swedish realm, then Russia took over. There’s no denying that Finland is a small country, population-wise, and a small market. That doesn’t stop us from connecting; on the contrary.

Finland is officially bilingual (Finnish and Swedish), and the Sami languages, Karelian, Romani and Finnish sign language have been legally recognized as minority languages. Apart from the newer minority languages, there are also older communities speaking Russian and Tatar, for example. Today, pupils learn the basics of a minimum of three languages besides their native one before they leave elementary school.

I also happen to LOVE the Finnish language. It’s an agglutinative one, which means we can build massive words like mustaviinimarjamehutiivistepullonkorkissanikin (‘also in the cap of my bottle of black currant juice concentrate’), typically spelled as one despite the length. Finnish also employs vowel harmony, which means that for instance the back vowel a cannot appear in the same word as the front vowel ä – but because of agglutination, we can build a compound where both do appear. For example, there’s a (theoretical) word with only one consonant and seven vowels: hääyöaie (‘intention on wedding night’ – can’t really see anyone ever using that in everyday life). 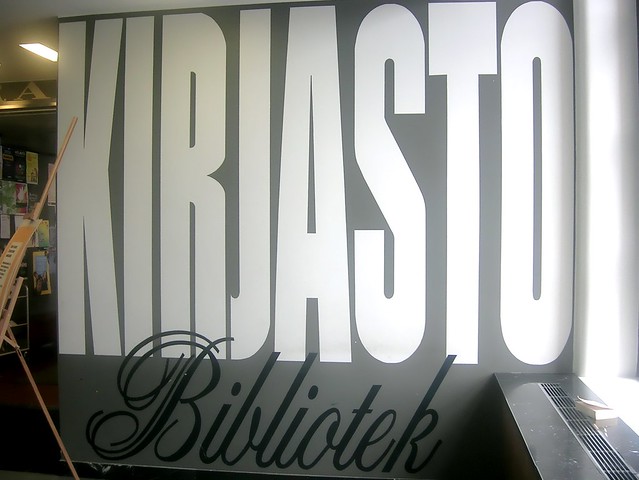 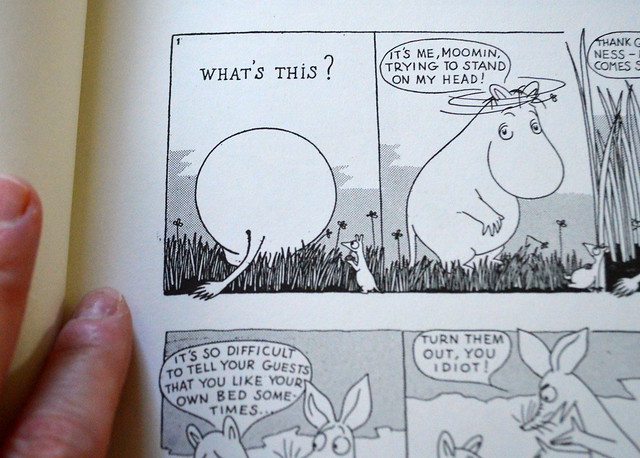 Modern Finnish design has made a name for itself. Brands like Marimekko or Iittala and names like Alvar Aalto and Eero Saarinen are known internationally. I’m partial to jugend (art nouveau / national romanticism) and wood. 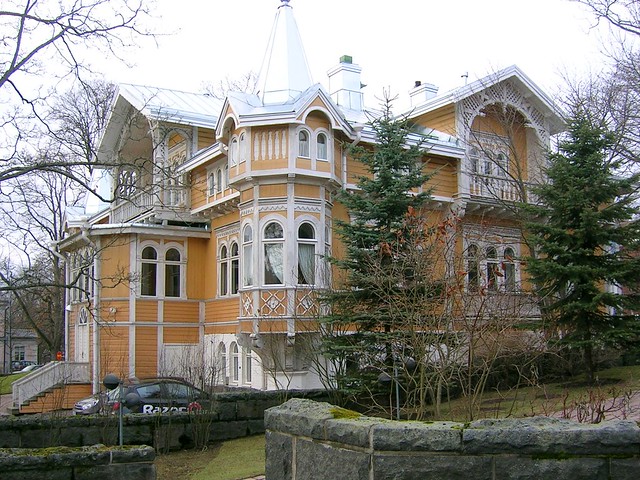 My Finland is playful

Finns don’t do just high design, we also allow our humor to blossom – check out, for instance, the huge Posankka statue in Turku that is a hybrid between a marzipan pig and a rubber duck.

We also love games and playing. Recent Finnish game franchise hits include Max Payne and Angry Birds. I sometimes wonder if the speculative genre Finnish weird might have arisen from our tendency to play around with ideas and color outside the lines. Not to mention to innovate!

My Finland invests in technology

Almost as long as there’s been an administrative unit called Finland, it’s been poor. Only after the World Wars did we really start trying to improve our lot, and by and large have succeeded. From Fiskars (which started as a forge in 1649) to Nokia and Linux, to mention but a few examples, for a tiny country we’re doing darn well. 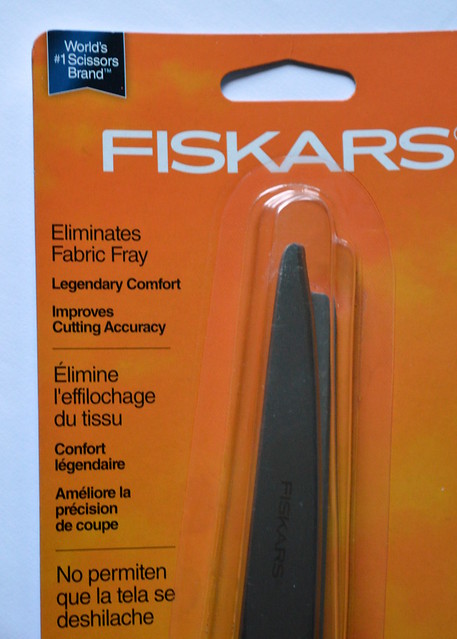 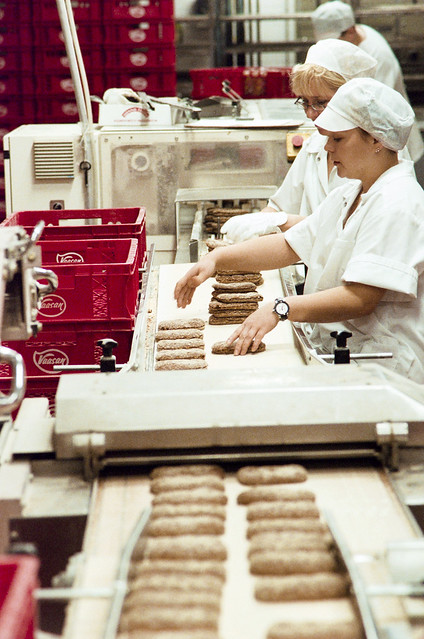 The ruisleipä line in a bakery in Kotka from 1998. Photo by Lauri Sorvoja / JOKA via Museovirasto (CC BY-NC-ND 2.0).

My Finland is unabashedly geeky and nerdy

Since reading is a big pasttime in Finland and since we love our technology, it’s probably no surprise that we have an active SF/F / larp / anime community. Thanks to the efforts of the Finnish fan community plus supporters all around the world, we hosted Worldcon 75 in Helsinki this past August. 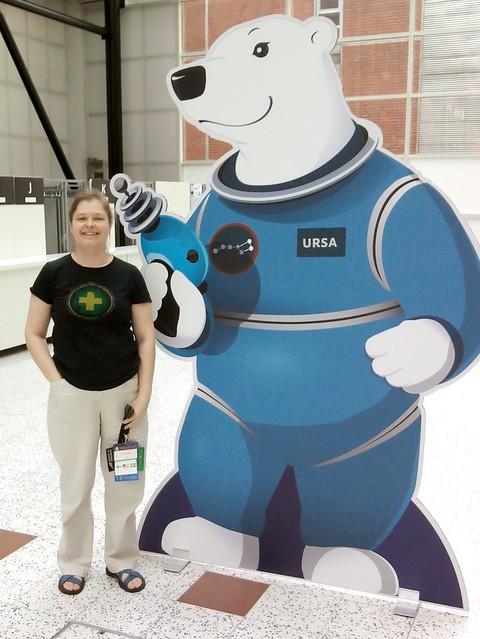 From traditional to tango, from classical to heavy metal – even the combination of the two! – music is everywhere in Finland. I’m not a terribly big fan of classical music, but Jean Sibelius is special. Here’s a version of his Finlandia Hymn by Cantus Vocal Emsemble, with lyrics (I believe) from a Unitarian Universalist hymn book:

The Eurovision Song Contest is popular, and various folk styles are making a comeback.

Ulla Pirttijärvi is one of my favorite Sami vocalists. I’ve also grown to like the combination of traditional yoiks and contemporary music quite a lot.

Sauna is the only truly wide-spread Finnish word. We have sauna often, sometimes multiple times a week, and many people still make their own sauna whisks.

Finland is not perfect, but by and large we take care of each other. Finland’s women gained the right to vote first in Europe, in 1906. In the first elections where women were allowed to vote they were also allowed ro run for office; we elected 19 female members of parliament that year. We’ve already had one female President. (High time for another!)

This year we legalized same-sex marriage and are experimenting with universal basic income. There’s still plenty to do, for instance abolishing the mandatory sterilization of trans people, reversing the trend of cutting from the care of the disabled and the old, trying to reduce domestic abuse and making sure the social security nets already in place hold. 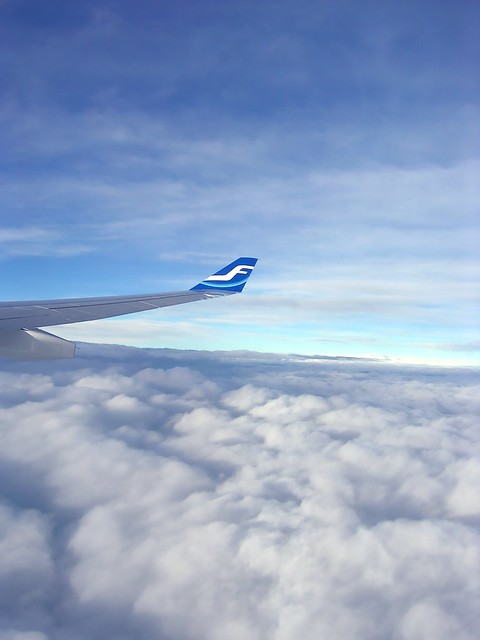 In my Finland, there’s space to be who you are.

Moomin is one of the most widely known Finnish brands. It’s not what comes to mind when talking about high fashion, though.

The spring/summer17 collection from AALTO, a fashion brand by Finnish designer Tuomas Merikoski, did the previously unthinkable and introduced Moomins at Paris Fashion Week in September 2016. I only just discovered it, and it’s pretty exciting!

According to Helsingin Sanomat, the collection mixes the Moomin world with grunge ideology, among others, and is unique in that illustrations from the whole work, not just part, were licensed for it. Pieces include for instance pantsuits, dresses, t-shirts, jackets, knits and these incredible hand-embroidered Too-Ticky shoes:

And look at the Moomin fabric:

Looks like a brocade weave. Gorgeous – and fun! – in any case.

I don’t really follow fashion (except accidentally), but even I can tell that this collection has some neat details. See more photos at ParisFashionWeek.buzz or Fashion Network; or read the report at The Official Moomin Site.

Here in the northern hemisphere, July may perhaps not be the perfect time for afternoon tea. That doesn’t stop me from browsing for ideas, though – nor mixing up my genres with abandon. 🙂

A round of afternoon sweets could include, for example, clever mini Moomin cheesecakes by Eimear…

Eimear at Sparkle Side Up.

…and, for an after-treat treat, perhaps also The Catwoman drink:

Yum! I really love creme de cassis, but I’d skip the bitters. (The Catwoman comes from a list of Batman-themed drinks for a Gotham-inspired bro-dal shower thrown by BuzzFeed staff. The rest of them sound pretty good, too!)

Alicia Sivertsson re-used a remnant from an old curtain to make this impressive Moomin lampshade:

She used a permanent marker instead of a textile pen to draw the characters, and stiffened the finished shade with a couple of layers of wallpaper paste. Looks like the marker holds up just as well, and the result certainly speaks for itself!

See more photos at Alicia’s blog! (NB. The text is in Swedish.)

Moomins are these eccentric, troll-like creatures created by the Swedish-speaking Finnish author Tove Jansson. Being a Finn, I grew up with Moomin stories. Although I haven’t read anything Moomin in years, I still vividly remember being afraid of hattifatteners and enchanted by the dreamy, wonder-filled, subtle world.

Now North Americans have the chance to win an 8-pack of Moomin novels from Tor.com. The giveaway is open to legal residents of 50 United States and D.C., and Canada (excluding Quebec); it closes at 12:00 p.m. EST on Aug 12, 2014.