I’m late to the party, but never mind. Last year, Lifehacker collected a whole bunch of LEGO wallpapers in various genres to download. My favorite is the one with a Stormtrooper riding a bike:

Made me laugh out loud. 🙂

Apparently there is an overlap of sewing enthusiasts and LEGO enthusiasts! I accidentally discovered a photo of one little LEGO sewing machine online and realized many more people have made their own versions. Here is Riel’s…

Riel Nason at The Q and the U.

…and this one by Denise’s son…

Love the creativity and the different solutions! Reminds me of the time, years ago now, when Husband and I built our dream house with LEGOs. It included a crafts room with a sewing machine. (Sadly, we didn’t think to photograph it.) Clearly these sewing machine builders are my kind of people. 🙂

There are many definitions of creativity. Despite the differences, most include originality or novelty and imagination, and the creation of something new. Sometimes you take something really old and give it a completely new form, as is the case with this massive Odyssey LEGO build by VirtuaLUG. 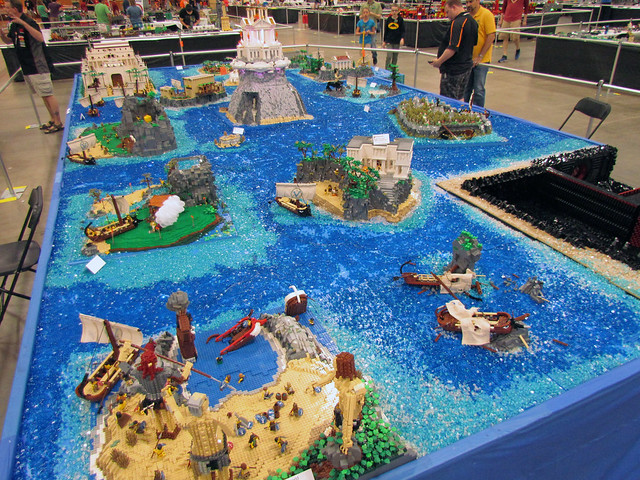 A group of LEGO enthusiasts took Homer’s epic poem The Odyssey and recreated a number of scenes. Wow! Browsing through the photo set on The Brothers Brick site, I was struck by Millie McKenzie‘s version of Circe’s Island in particular. 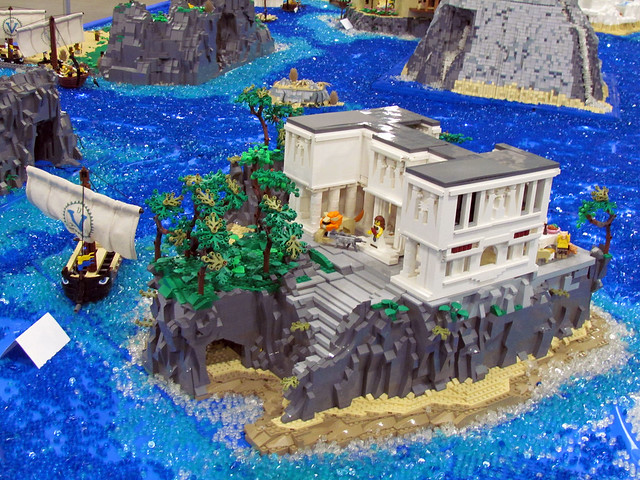 The reliefs and exterior moldings on the building are fantastic. I also took a look at McKenzie’s Flickr photos and found even more of her projects. She created more environments from Circe’s Island than shown in the collected Odyssey build, including the scene where Circe turned Odysseus’ men into pigs: 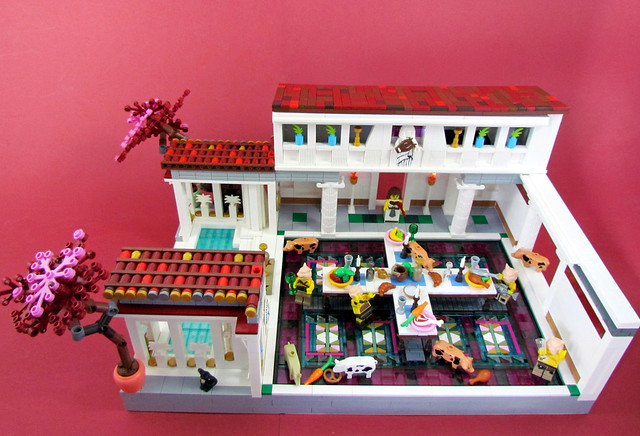 Men Are Pigs! by Millie McKenzie.

There are more of the skillfully made moldings in this build, and pillars and alcoves, but I’m especially impressed by the rounded roof tiles with the color variations. Very clever and evocative. And I just love the floor mosaics!

Homer isn’t the only topic for McKenzie, though. This version of musician Max Rebo from Return of the Jedi is the best! 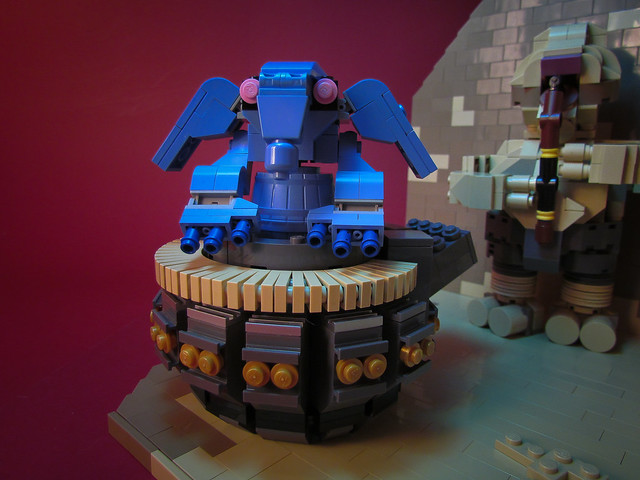 McKenzie also has an intricate version of the Munchkinland / yellow brick road and many, many others. I definitely recommend visiting her Flickr stream!

Love Legos and snow? Kate at Mini-eco shares her easy snowglobe tutorial and its awesome results:

If you’re at all interested, have a look at Kate’s post. She included detailed instructions and another scene besides this frosty one.