If there’s one thing I’d rather NOT recap, it’s being sick. Sadly, that’s exactly what happened this February: the whole first half of the month was cough-y and achy. And I was tired; so tired. 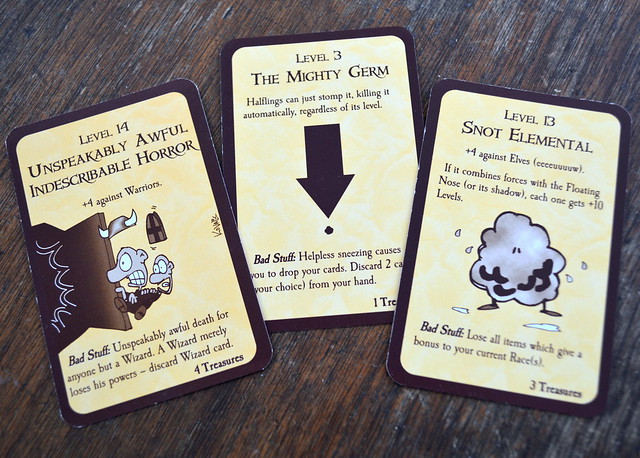 I’m so glad flu shots exist, for this bug was hard enough without having to deal with the full force of a nasty virus.

Despite being wiped out, I was able to return my first tax document of the season. It was a week later than planned, but still very much on time, thank goodness! (And this is exactly why I prefer to start on my paperwork ridiculously early!)

The two-week flu pretty much threw everything off sync. I’d just caught up when I got sick again after Hubby (who was also sick) was well enough to go back to work. Understandably, my sewing was almost non-existent, just a little mending for myself. I certainly wouldn’t want to inadvertently mail this virus (these viruses?) off to anyone else along with my products.

I was able to watch several new-to-me series and movies while sick, so that was a plus. One definitely worth recommending is the HBO miniseries Chernobyl. Excellent, excellent acting, writing and filming; such high stakes and drama almost entirely without guns or violence, and certainly completely without the disgustingly thoughtless gunplay so prevalent on U.S. television.

On the wild life front, we had a fox visit our yard one day. We’ve seen one now and then over the years, but always from further away and only in passing. This time, though, Mr. Foxy took a couple of laps around the house, stayed right outside our kitchen window to enjoy a scratch under its chin, then loped off across the road to visit the neighbors.

We’ve also had turkey visitors come round the latter half of the month.

These two were a part of a flock of three. The next day we had twelve(!) and the day after that six or so. They’ve clearly been somewhere else for the early winter. I wonder whether we’ll be seeing more of them from now on?

Among my minor home organizing projects, I inserted tension rods vertically inside one of our narrow lower kitchen cabinets to make slots for the big cutting board, the baking sheets and the splatter screen et al. not in the picture).

It’s so fantastic not to have them fall around the cabinet anymore. 🙂

I really hope you have been well this February!

In honor of Valentine’s Day – or friends’ day as it’s known in Finland – I’m running a sale at Playfully Grownup Home on Etsy.

P.S. Remember that I also have a shipping promotion: $35+ orders ship for free (sorry, U.S. only). 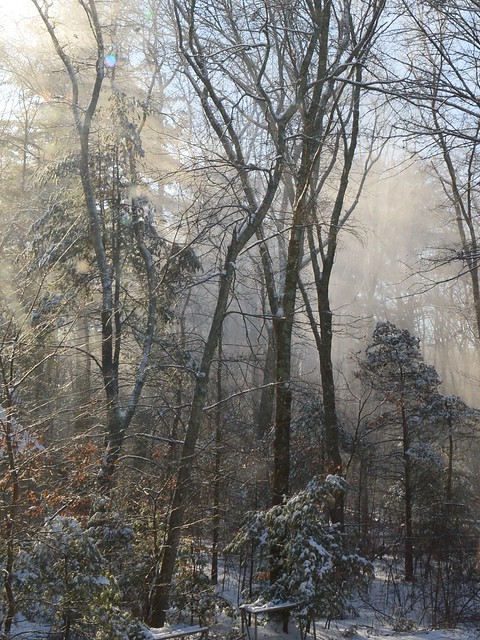 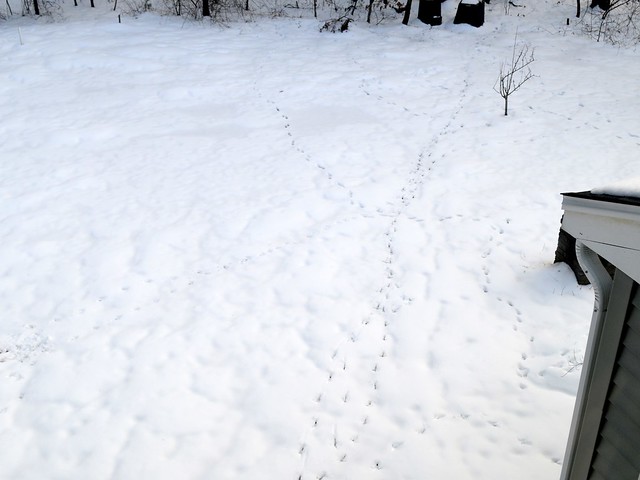 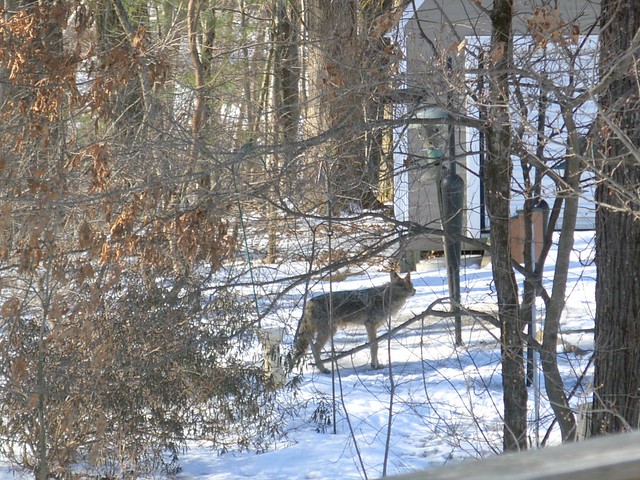 One recent morning when I was preparing to go upstairs to my workroom, I heard a rustling, scraping sound that was quite loud and really close. I lifted my head to see a young male turkey standing on our back deck rail: 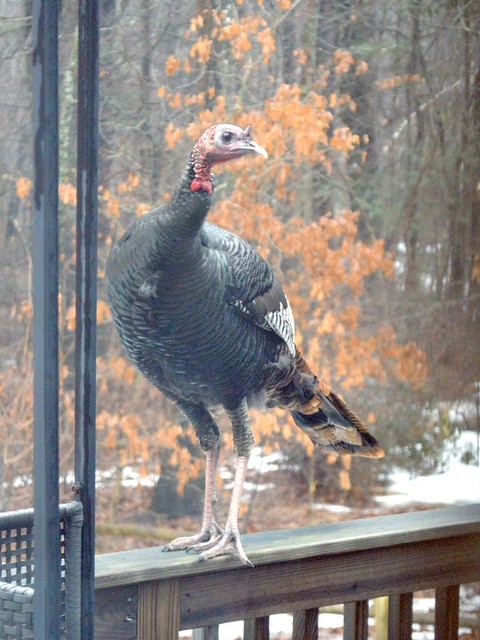 He stood there for a few minutes and then re-joined the little flock down on the ground. We’ve been seeing the three of them around quite a bit this winter.

My guess is he was looking for birdseed. Our next-door neighbor has a birdfeeder that the wild turkeys often visit. He doesn’t have any on his deck, though; perhaps this young fella was just overly curious.

The past weekend wasn’t the best for me. In fact, it was a bit like the Muppets version of Beethoven’s “Ode to Joy” performed by Beaker:

Ode To Joy | Muppet Music Video | The Muppets on YouTube

Just to give one example, on Sunday (my dedicated social media day), my brain refused to brain blog work. Tumblr I was able to do, but blogging was like drinking tar. (Something being like drinking tar is an expression from my native Finnish.)

Ohwell. At least the funny Muppet video made me smile – and, after all, I got a blog post out of it, too. 🙂 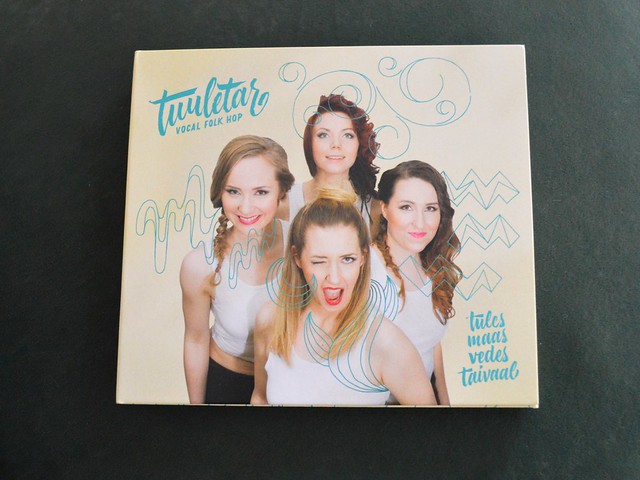 This printable Harry Potter Valentine’s Day card project by Nicole at Tikkido is clever – and it’s even possible to make the larger size with an optical fiber wand that lights up.

“You are the ‘lumos’ in my life.” Very apt for Harry Potter fans!

Visit the post by Nicole at Tikkido for more.

More snow! We were not even supposed to have snow today!

(There has already been record snowfall in our area in January and February 2015.)