As members of Worldcon75, Husband and I are participating in this year’s Hugo Awards voting. Here’s what may or may not have happened:

Me in May: We have until July 15 to get our Hugo votes in. Plenty of time! *starts reading at a leisurely pace*

I’m participating in the Hugo awards again, and I’ve started (re)reading the Best Novel finalists. I’ve gotten my hands on almost all of them. 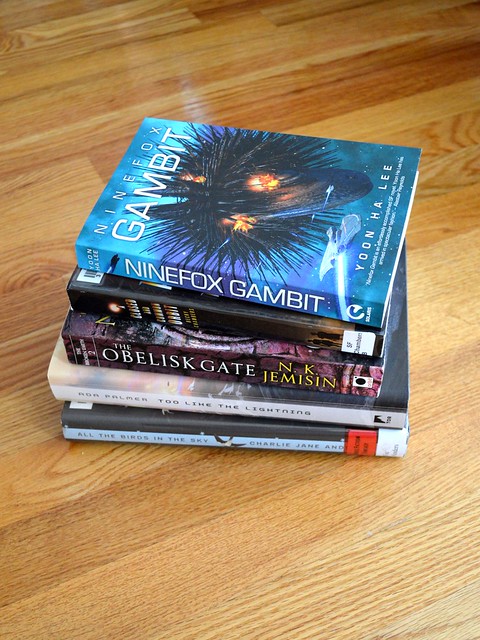 I’m participating in the Hugo awards for the first time this year. The nominating process was difficult, but now I’ve gotten to the fun part: reading. 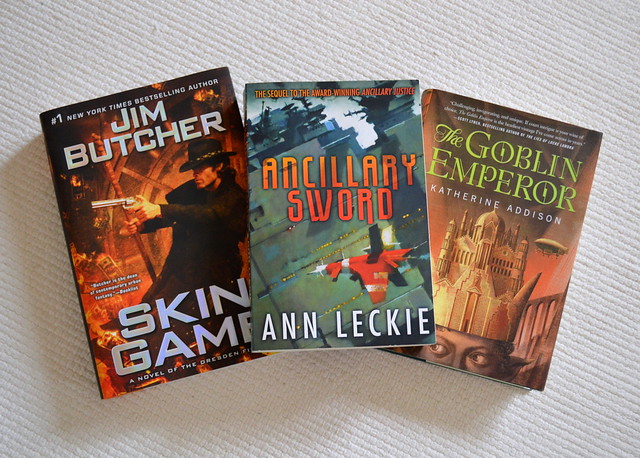