It’s time to update my planning calendar for 2020. In fact, I’m running a little late on this, and my collection of notepapers with scribbles is getting out of hand… Thankfully, Julia Groves has updated her lovely watercolor designs.

I just should’ve remembered to click the ink-saving option off when printing. Ohwell. 🙂

Thank you for sharing, Julia!

The Japanese tea company Ocean Tea Bag has taken tea bag design to a whole new level. Their models include intricate animal shapes from hammerheads, giant squids and cephalopods to turtles, kitties and red pandas. My favorite is this cute otter…

…although the frogs are a close second:

But here’s the question: would you want to use up such gorgeous tea bags?

Husband and I do Halloween in a very minimal way in our house: usually we only carve a pumpkin, light candles and get ready for trick-or-treaters. Despite not growing up with Halloween, I love seeing what creative decorations and tips other people have shared.

Earlier in the month I was going through some of my notes and found this photo of a gorgeous Jack-o-‘lantern carved with constellations:

It’s from the October 2017 issue of Martha Stewart Magazine. Apparently they used a LED light string and pushed into each hole an individual light as a star. No wonder they’re so bright. Very nice!

Happy Halloween to those celebrating!

Isn’t this rainbow ribbon wreath pretty? It would make a great addition to a party to celebrate the LGBT History Month or any occasion where bright colors are welcome.

It’s by Amy C at CatchMyParty. Making one is easy, too; it only takes a wire coat hanger turned into a wreath form (or a ready-made form), plenty of ribbons, scissors and tin snips plus some crafting time.

If the latter is a problem, you might consider an easy ribbon backdrop instead:

The backdrop takes just long lenghts of ribbon (this one has two per color) tied onto a pole or a curtain rod and hung up, so it’s much faster to make.

Visit the full wreath tutorial by Amy C at CatchMyParty.

Downton Abbey the movie comes out on Friday! Here’s an official trailer:

Situated in 1927, this story will have the king and queen – George V and Mary of Teck, of whom I know nothing – visit the Abbey. From the IMDB casting list it sounds like we have a few new characters.

Since there seems to be little hope of another Jane Austen production (beyond Sanditon, which has not been released yet, and another Emma, which is of very unknown quality) I guess Downton will have to do. Even though I’m not really a fan of the era, I am looking forward to seeing the fabulous, fabulous acting (especially Maggie Smith!), multi-faceted characters, and gorgeous costuming and sets again.

I do, however, confess that the rigid adherence to artificial rules of “good” society really rubs me the wrong way at times. Sadly, a royal visit makes it sound like there might be overly much of the artificial, but we’ll see.

Europe is already there, but here in the U.S. the release of Avengers: Endgame will take place tonight. In honor of Stan Lee et al., plus the remarkable sequence of 20+ Marvel Cinematic Universe stories, here are some of the cast members singing together:

Their version of Billy Joel’s “We Didn’t Start the Fire” is delightfully tweaked to fit the MCU. I also love how zooming out, at the very end, the comic panels form a photo of Stan Lee. A very fitting homage.

Husband and I are still figuring out when we’ll be able to get to the theater. This weekend, definitely. Until then, time to hide from spoilers!

My Modern Met shared some amazing buttercream cake toppers in an article. They are the work of Leslie Vigil, California-based artist and cake maker. And they are. So. Beautiful! All of them!

Among the most interesting to me were these three toppers that include embroidery-like elements:

There are also a few explicitly geeky ones, like this Groot cake:

Visit the My Modern Met article and Vigil’s Instagram for more – there are so many designs to love! Almost makes me wish I were in California, too. Then again, I’m sure my doctor would be much happier if I were to stay away, far away, from cakes. 🙂

Great news for Janeites! Just after I blogged about the casting for Sanditon series penned by Andrew Davies, I found out that we’re about to get a new screen version of Emma!

It’s written by Eleanor Catton and directed by Autumn de Wilde. Neither name is familiar to me, but I do recognize a few names from the cast list released thus far: Bill Nighy plays Mr. Woodhouse and Miranda Hart Miss Bates – if her previous performances are anything to judge by, she’ll be brilliant! Anya Taylor-Joy heads the film as Emma; I have seen her in an episode of Endeavour, apparently, but unfortunately I don’t remember her.

The director-writer team sound new in the field: Emma is de Wilde’s first feature-long project (she’s previously worked as a photographer as well as music video and commercial director), and Catton has only written one miniseries before (based on her novel The Luminaries which won the Man Booker Prize in 2013; she’s the youngest author to win the literary award). That should guarantee a fresh take on the classic!

IMDB lists the movie as filming at this time, and MSN reports that release is expected in 2020.

I can’t wait – the world can never have too much of Jane Austen on screen if you ask me! 🙂 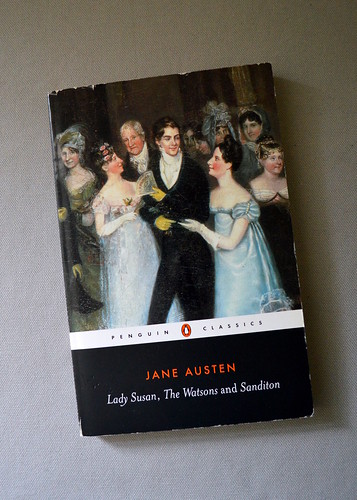 The city of El Alto in Bolivia, high up in the Andes, is the country’s second largest city and right next to the third largest one, La Paz. Something that El Alto beats its richer neighbor in is unique eye candy right on the building facades.

Information on Silvestre seems scant in English. A member of the indigenous Aymara, he apparently started working on buildings as a bricklayer. There’s a feature on El Alto in The New York Times in 2013 and in The Washington Post in 2014. He’s referred to in a 2014 BBC News article on president Evo Morales. The Architectural Association, Inc., still has their exhibition info Salones de Eventos from 2015 available online. I also found two articles via the German Wikipedia entry for Silvestri: one in The Architectural Review and the other in Quartz, both from 2015. The best bet at the moment might be the 2017 book El Alto by Silvestre and Peter Granser. For Spanish readers there’s more, including the 2014 book La arquitectura de Freddy Mamani Silvestre.

Salón Montecarlo by Alfredo Zeballos / The Architecture of Freddy Mamani Silvestre. Via Quartz.

Silvestri draws on traditional shapes and colors in his designs. Some of the detailing reminds me of jugend (I believe the phrase art deco is used in the U.S. instead), but Silvestri’s work is clearly not derivative of it.

Via The Architectural Association, Inc.

If the exteriors seem colorful and detailed, just wait until you see the interiors!

Wow! His style has been described as Neo-Andean, new Andean, space-ship architecture or, plainly, kitch. However you may want to describe it, the word colorful will have to be there!