This magnificent quilt is not exactly new anymore, but it’s still very much worth sharing.

At the Houston International Quilt Market & Festival in 2018, “The Royal Huntress” quilt by Karlee Porter won third place in the alternative techniques category. 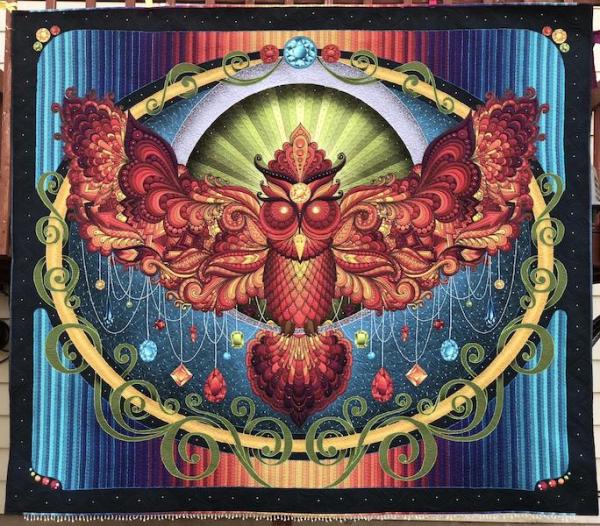 Just look at the incredible detailing in this closeup:

Apparently it took over 450 hours to make, and no wonder. The meticulous piecing, incredibly detailed quilting and multiple accents all serve a purpose in the overall design. Serious kudos!

As an image, it kind of reminds me of druids in World of Warcraft. It’s also the kind of sewing I’d like to do; to be quite honest, though, I know I don’t have the skill nor patience. Especially the latter. 🙂

One thought on “Random Beauty: The Royal Huntress Owl Quilt”