We recently saw the movie The Theory of Everything, a biopic of physicist and cosmologist Stephen Hawking focussing on the relationship between him and Jane, his first wife. 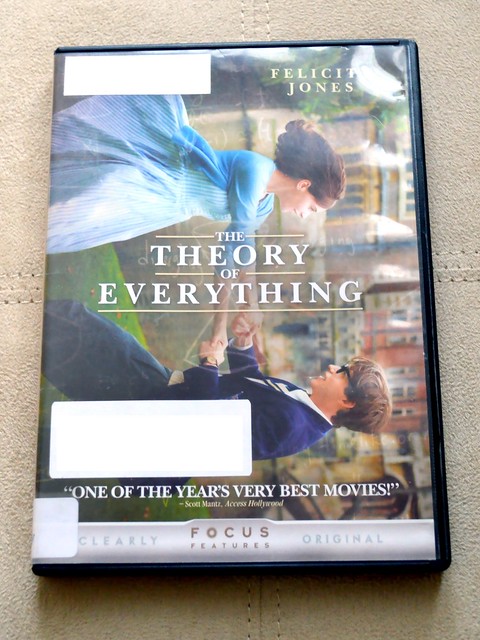 I picked the movie basically because I really like the female lead, Felicity Jones; she also rocks in Northanger Abbey and Rogue One, plus visits as a society burglar in the Doctor Who episode “The Unicorn and the Wasp”. Every performance in Everything, however, was excellent, as was the writing and directing.

The stunning, gripping soundtrack is by Icelandic composer Jóhann Jóhannsson, who was nominated for a Grammy, BAFTA and the Academy Award and won a Golden Globe for it. I really loved his work on Arrival, too. Jóhannsson sadly passed away in 2018, about a month before Hawking.

Here’s the end credits music: “Arrival of the Birds” & “Transformation” performed by The Cinematic Orchestra.

I don’t think these two pieces are Jóhannsson’s, but they’re nevertheless so, so beautiful.