I was leafing through a home dec magazine looking for something else, when this wall with an ombre mural in blue, turquoise and white caught my eye. It’s from the home of designer Petri Hiltula in Finland. 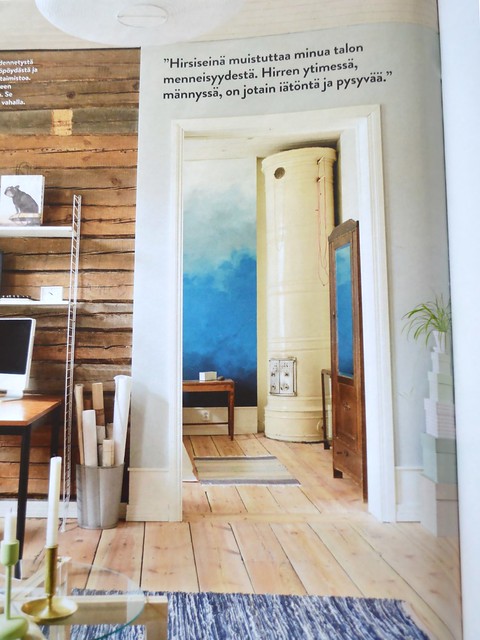 Featured in the Avotakka magazine (April 2015), the wall was designed by Susanna Sivonen. The name of the design is Origami kasvoi taivaalle (‘an origami grew into the sky’). The mural replaces the headboard in the bedroom. 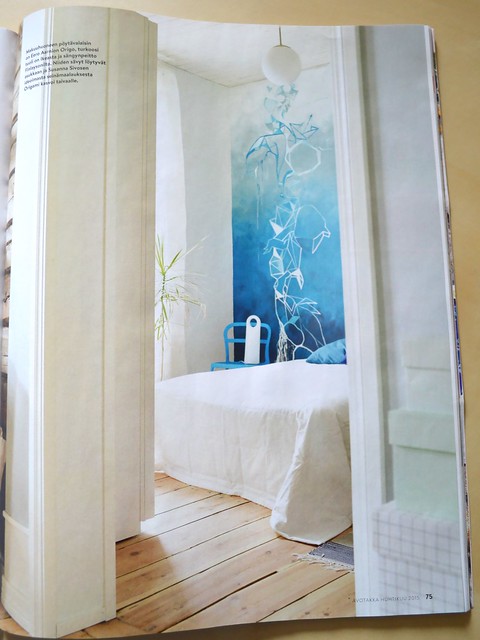 Gorgeous. At places the effect almost looks cloud-like due to the shapes in the paint treatment. The wall looks especially good in contrast to the plain white bedding, the original, exposed square log wall and wide plank floors. I think the extra-wide floor moulding is unusual these days, too, which contributes to the charm. Kudos!

I love the sense of blue sky the mural creates; it’s especially nice at the end of winter. I’m hoping spring will come early this year!