This year, one of the new things I’m trying is a month-end recap for my activities. It’s not meant as a newsletter as such, but maybe a newsletter light. I aim to list some of the highlights for each month with plenty of photos, as mine is a visual job. 🙂

Here are the more significant things from January 2018.

Preparing my tax returns is always an involved process, so I start as early as possible in the beginning of January.

As part of tax prep, I check my inventory. That is a year-end task that takes quite a bit of effort, energy and elbow grease. On the other hand, every time I go through my stash I’m reminded of a fabulous fabric or another and get inspired.

I also need to submit documentation for assigning property taxes for my business. This is the first tax-related return of the year.

I was afraid we’d end up with snow up to our nostrils (like a few winters ago). Fortunately it doesn’t look likely anymore, although February might yet surprise us.

I also got a Jane Austen 10 GBP note of my own! Fansquee!

And, heartbreakingly, while I was reading her Tales from Earthsea, Ursula Le Guin passed. 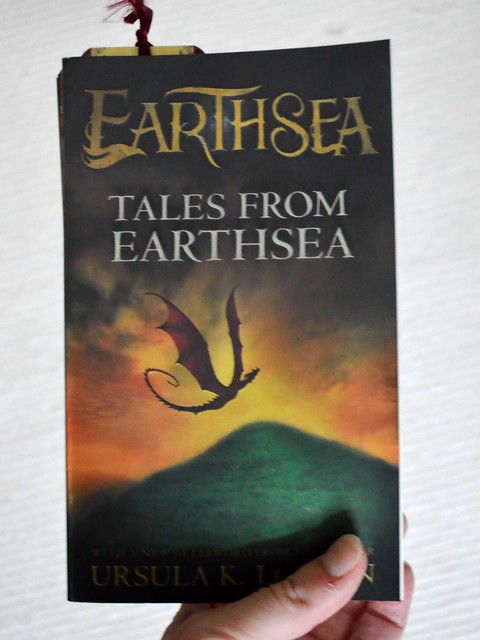 Her passing was such a bittersweet moment, bitter because she won’t be producing any more work. However, the many tributes serve to remind us of her intellect, inner fire and vision. I’m most fond of Le Guin’s Earthsea stories, some of which I’ve read and re-read in Finnish and in English over the years. I’ve only managed one of her science fiction books so far, though. Time to rectify that.