A minimalist felt feather prototype in the works, based on drafts I shared earlier: 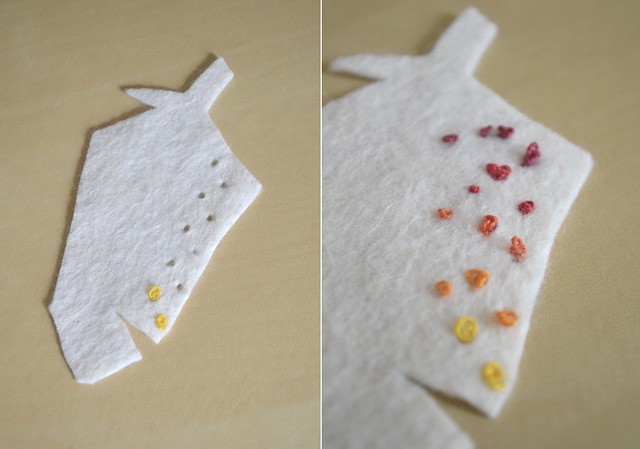 Well, sort of. The felt feather is just the first part of the actual final product, and that won’t have any embroidery on it.

I had only two pieces of white felt large enough to try my feather design on, but both had a row of holes in the selvage. I decided to use them anyway, provided that I was able to cover the holes somehow. Creative cutting and a practice run of French knots did the trick. I still need practice – the French knots are challenging for a reason – but I very much like how the color effect from yellow to burgundy red looks.

One thought on “Felt Feather Prototype”