Superheroic thoughts are invading my brain again – the release of Captain America: Civil War is only two weeks away. In that vein, these mashups of various photos to gender-swap Marvel superheroes fit right in. They are the work of Hungarian Tumblr-user Ágnes Domokos (aka disimilis), and just amazing. I made a collage to have my favorites all in one place: 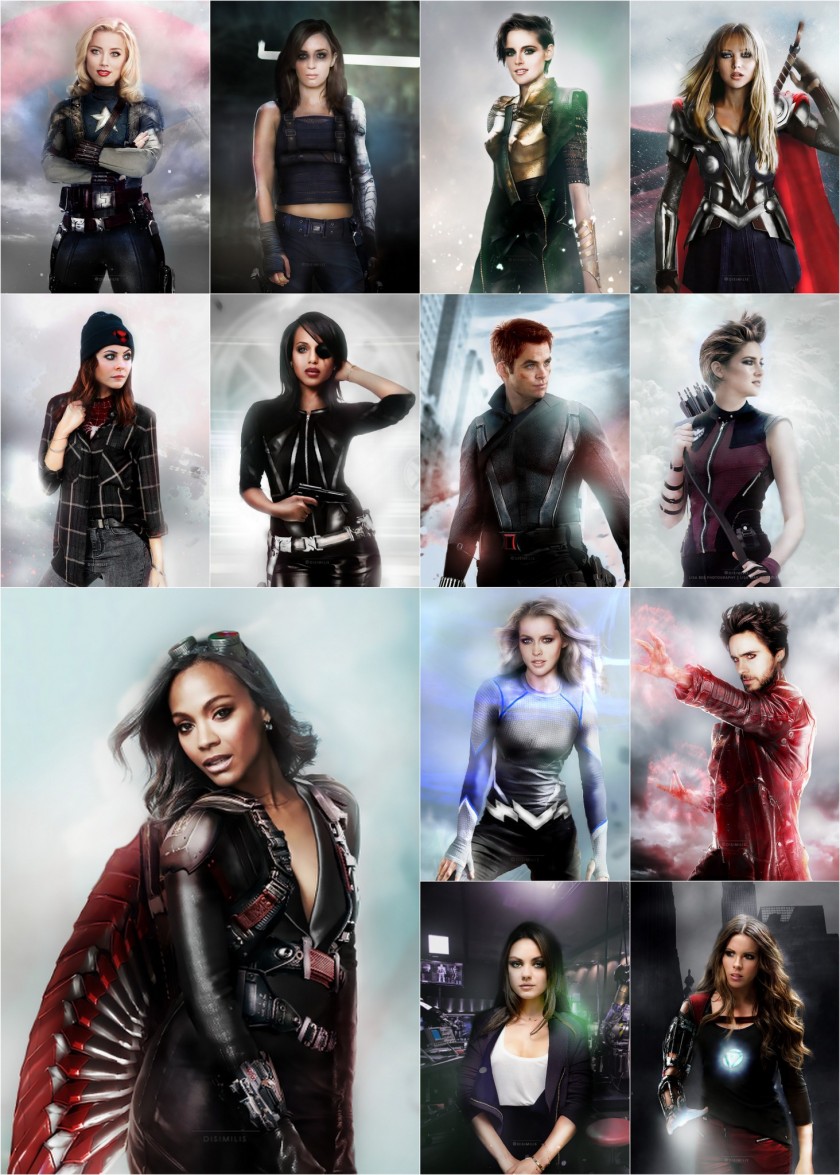 Ágnes Domokos a.k.a disimilis on Tumblr; collage by Eppu Jensen.

Grouping them together like this is quite arresting: it shows how white and male Marvel Cinematic Universe’s superhero lineup is. Even if you were to add Lady Sif from Thor movies and Maria Hill and Agent 13 from Captain America: The Winter Soldier, superpowered (or extremely competent normal-human-powered) female protagonists would still only amount to around a third of the main characters, and it wouldn’t do anything to correct the overbearing whiteness. Tut tut, so disappointing.

Visit Ágnes’s Tumblr – besides Avengers (part 1, part 2, part 3), she has done other superheroes, too, including Daredevil and Star Lord plus Deadpool. Köszönöm szépen, Ágnes!