So, moving onto the real Wrinkle in Time by Madeleine L’Engle. It was first published in 1962, and starts a series called Time Quintet. 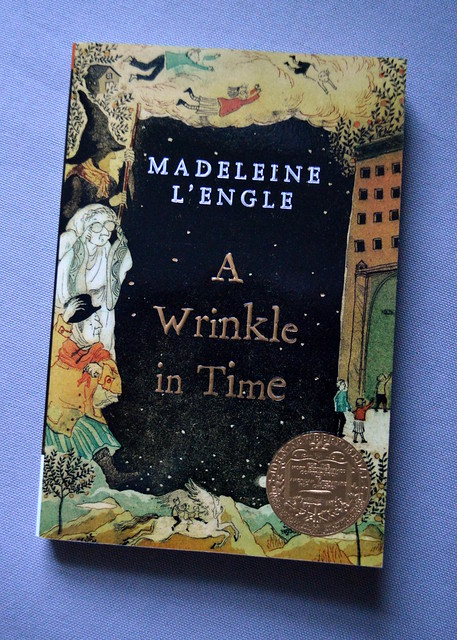 The story focuses on Meg, whose scientist father has gone missing after working on a secret government project. A trio of guardian angels posing as eccentric women transport Meg, along with her little brother Charles Wallace and her friend Calvin, on an adventure through time and space to rescue her father from the evil forces that hold him prisoner on another planet.

I did appreciate several things in Wrinkle, like a smart female protag, some whimsical names (for example, Happy Medium for a medium who was happy), the endearing weirdness (for the lack of a better term) of Meg’s little brother Charles Wallace and the discussion of quantum physics (even if I can’t understand physics to save my life). While undoubtedly a competent YA novel, it’s not for me, though.