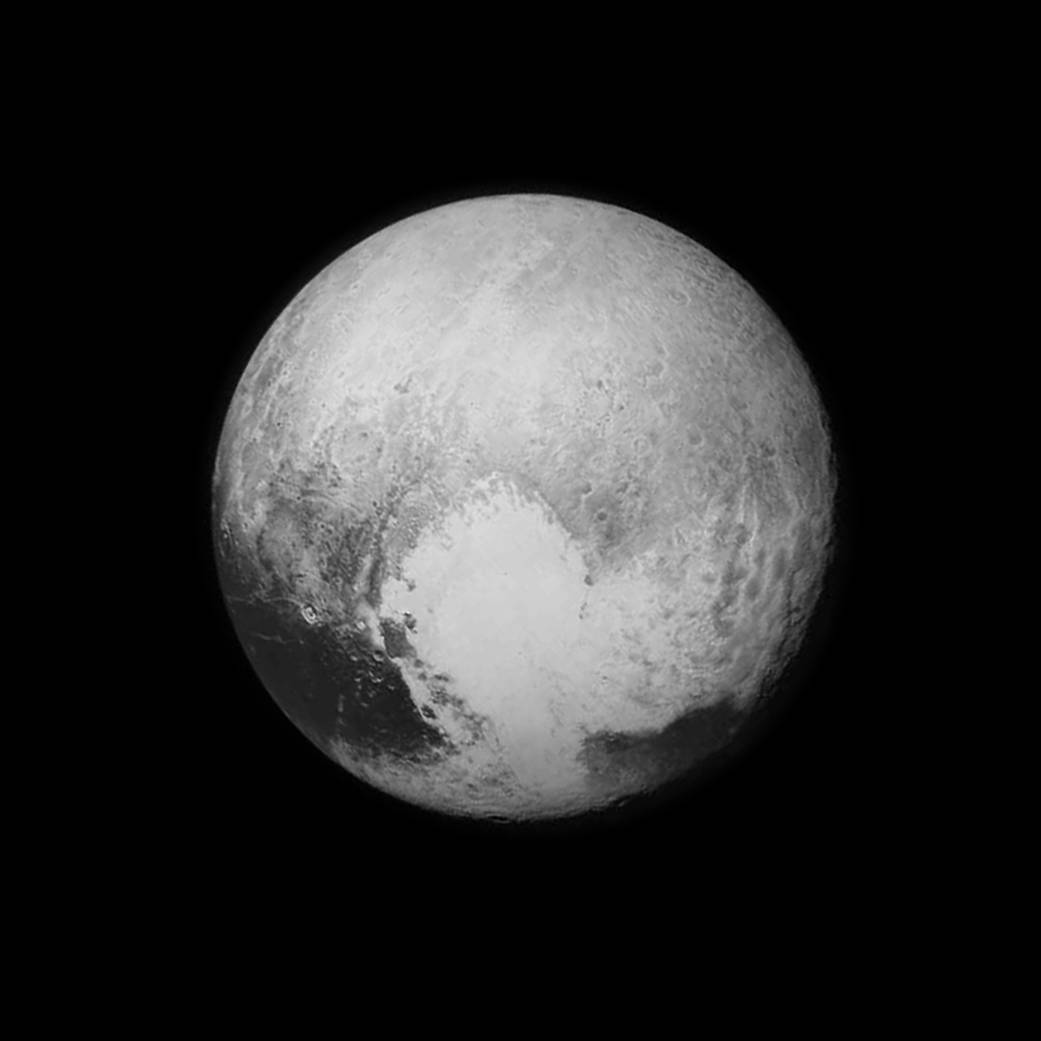 Pluto 476,000 miles (768 000 kilometers) from the surface. Photo sent to Earth on July 14, 2015, just before New Horizons’ final approach to the dwarf planet. Photo by NASA/APL/SwRI. Compared to our previous photos, this is huge!

On the left is the best image we had of Pluto before. Now we have this. Just astonishing. #PlutoFlyby pic.twitter.com/rA1Ane3oVt

Ski Pluto poster by Steve Thomas on DeviantArt. Love it!