I’ve been working on an exciting NotWork project! The Finnish SF/F fandom has mounted a bid to host the World Science Fiction Convention (or Worldcon) in Helsinki in 2017.

To help the bid, I’ve been adapting the logo – a running, anthropomorphic bear – into small gift items. The first is a felt ornament. 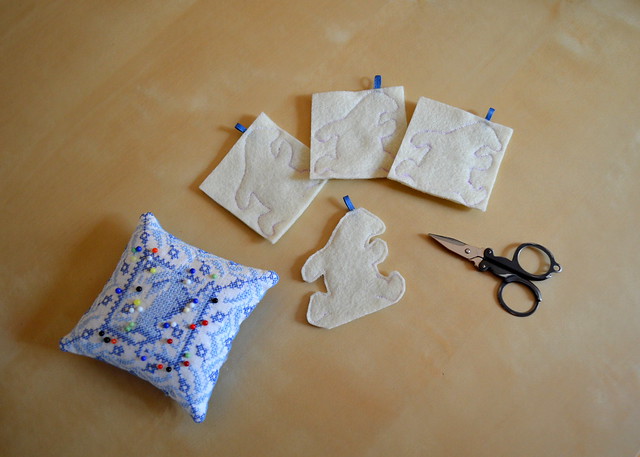 After a few attempts, I got the materials and technique down to make a first batch of bears. 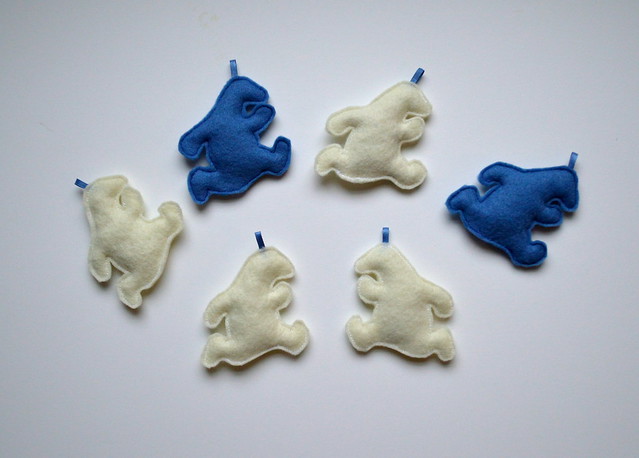 Now I just need teal felt to match the official bid colors. And look – they were already featured on the Helsinki in 2017 Twitter feed:

Oooh! Look at what the bid crafters have crafted! What do you think — keychains or #Christmas ornaments? 🙂 pic.twitter.com/cJMppWSgQC

Yay! If you’re at a convention and see a Helsinki in 2017 info table or party, I encourage you to stop by. Besides info on the bid, there’s Finnish candy (which is gooood!), fun people, photo op possibilities with Moomin trolls and sometimes even a bear by yours truly. And in 2015, when the time comes, vote for Finland! 🙂