If you’re an avid reader, chances are that you’ve heard of Amazon’s dispute with book publisher Hachette. Apparently, some book sellers are eager to cash in: Walmart and Barnes & Noble are both touting Hachette sales.

I haven’t picked a side, and I’m not likely to, but the discount was too good to pass. Makes me kinda giddy that averaged out I only paid $8 a title. Here’s my guilty pleasure pile: 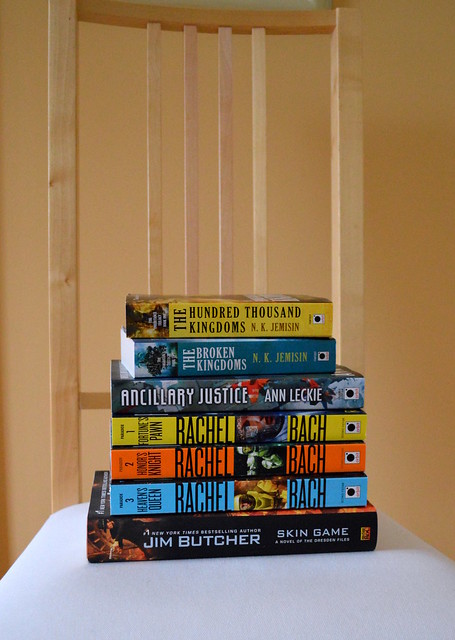 Six sale books, plus the brand new Harry Dresden because hubby and I were going to get it sooner or later anyway. Book ❤ !

P.S. My #readwomen2014 count for this batch: six out of seven. Still going strong.